After our tour at Miletus, our bus took us to Didyma. According to our guide, Didyma "was a very important sacred site in the ancient Greek world because of its famous oracle and the magnificent Temple of Apollo." Our guide elaborated that "Didyma means "twin" referring to the twins Apollo and Artemis; the Temple of Artemis was built in Miletus. The Temple of Apollo or Didymaion was approximately built in the 10th Century B.C.; the date is still under debate." 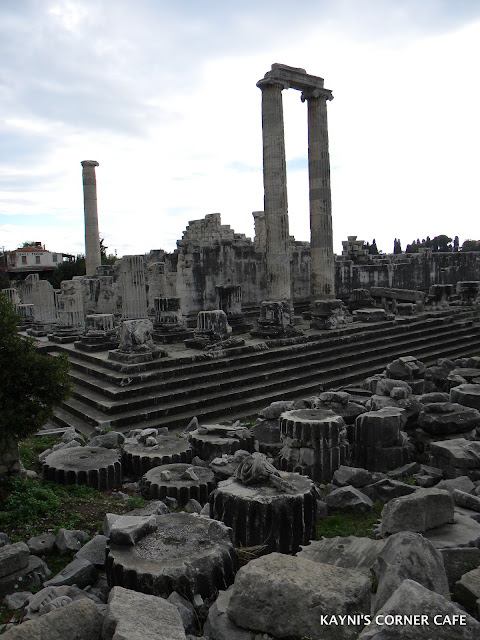 Ruins and columns of the Temple of Apollo. 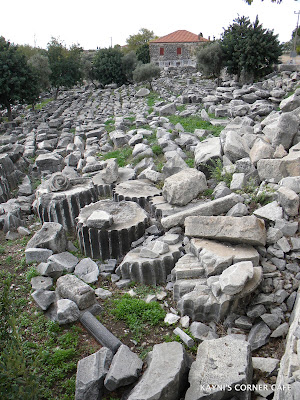 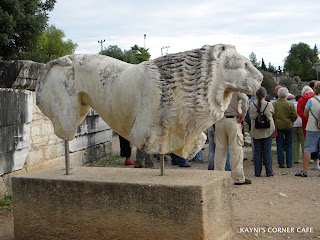 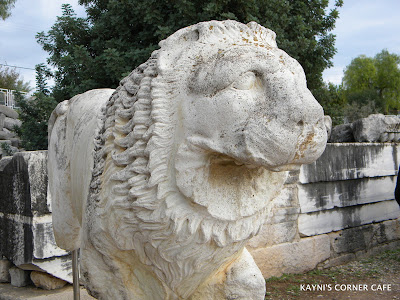 A lion guards the entry way. 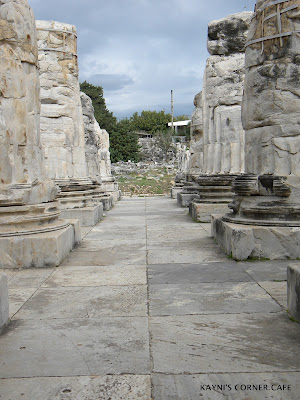 There were originally 122 Ionic columns, only three remain intact. 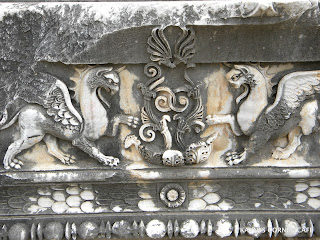 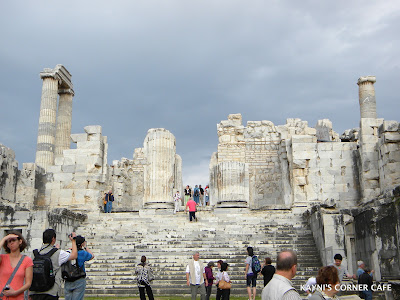 The columns were measured to be 60 ft tall with a 6 feet diameter. (Source here.) 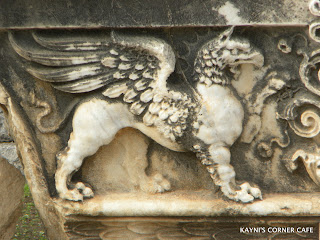 Relief of a Griffin 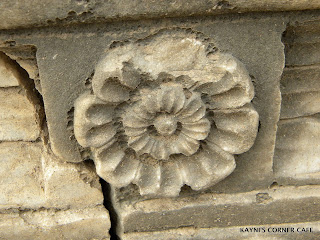 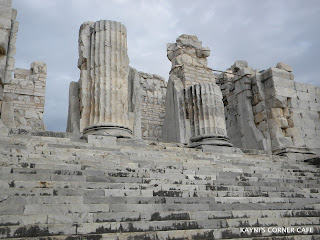 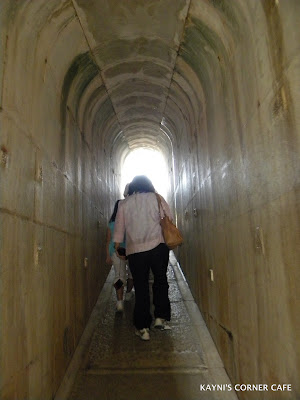 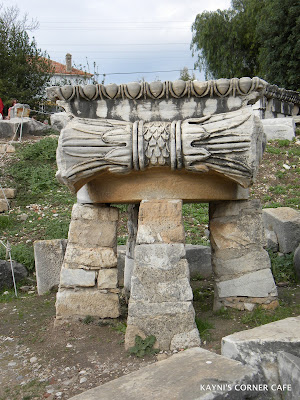 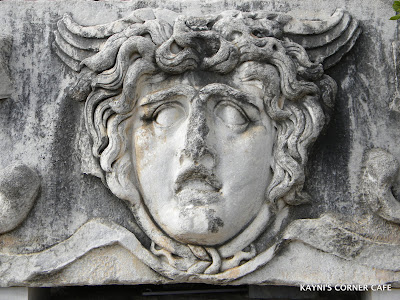 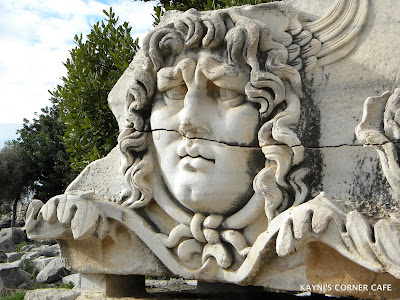 
A few facts about Didyma: