Life Always Has Other Plans

Sleep has eluded me lately. I used to get a good six to seven hours of sleep, but lately my nights are spent tossing, turning, staring at the ceiling, and when I'm lucky enough to get some shut eye, I'd wake up every hour.

This is the fourth time I've tried to write this post. Simply because I'm having a hard time finding my words and putting my emotions where they should be. I feel disconnected from my current world because part of me wishes to run away from it. It's spring and it's supposed to be the season of beauty. However, I feel devoid of the euphoric feeling that usually accompanies this season of rebirth and rejuvenation.


It was around mid-December when Kepi started noticing that his right ear's hearing was muffled and that the ringing was getting louder. We thought it was just a simple ear infection so Kepi got referred to see an ENT Specialist. The ENT did some tests but he couldn't find anything wrong. On the first week of April, he finally ordered a brain MRI, and a week after, we found out that Kepi has brain tumor.

I cried. I can't imagine how Kepi felt, but I felt like my world's falling apart - again. That same feeling of fear and uncertainty when I was diagnosed with Severe Aplastic Anemia is back.


After the MRI results, Kepi was referred to a neurosurgeon. We met him on the 17th and he told us that there's a 5 cm tumor located above Kepi's right ear and that there are two more small brain tumors in the middle and somewhere on the left. The surgeon recommended that the bigger tumor should be removed surgically as it's been causing some swelling/pressure on Kepi's brain. The surgeon thinks that the tumor is non-cancerous (it's also growing outside the membrane protecting the brain) but the only way to find out is to do a biopsy once the tumor is taken out. So in the next couple of months, Kepi will be getting another brain MRI in preparation for his surgery. His surgeon said the surgery will take six to eight hours and he will probably need a month to recuperate.

At the moment, we are proceeding as we should and taking each day as it comes. There are times worry and fear overwhelm my every thought, but I'm fighting to be happy. Pain is here but I can't simply stop chasing after happiness. Life has always other plans, so we just have to roll with it and keep up with the good fight.

No matter what happens and as long as Kepi and I have each other, then we have everything.

Underneath The Cherry Blossoms

It's been really quiet here.

In fact, 2016 was a year I didn't blog that much. Probably because life pulled me in a different direction. Let's just say I'm traversing a road less traveled these days.

It's not easy to pick up where I left off (blogging wise) but I can start where I am at the moment.

Well, 2017 spring has arrived and the warmth of this season seems to awaken me from my blogging slumber. After the long (it feels like it) winter hibernation, everything seem to awaken and bloom with the call of spring including me. 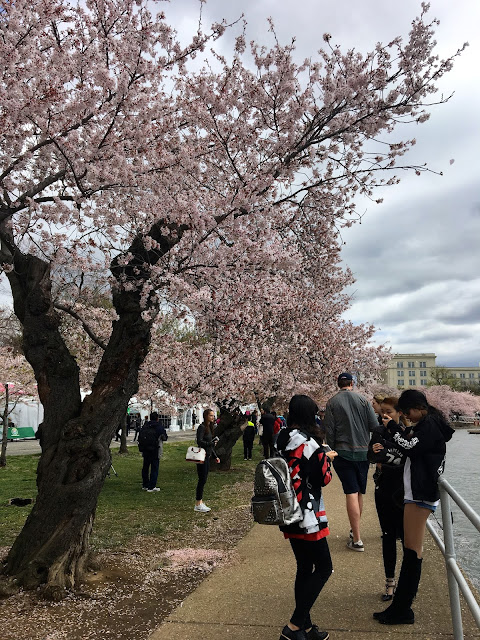 Taken a week ago, the Tidal Basin was in full bloom. 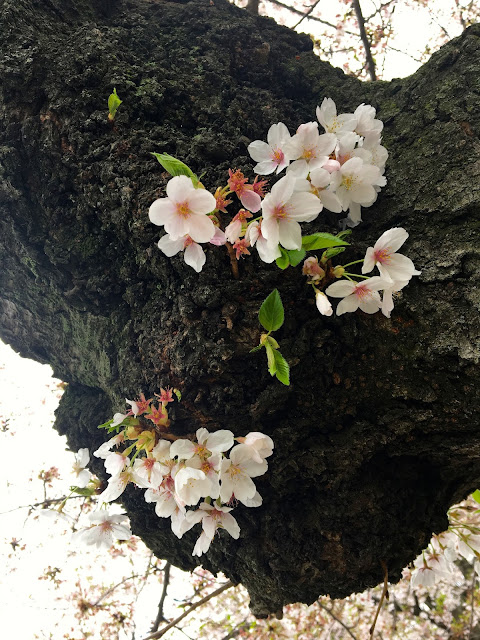 A sudden drop in temperature a few weeks ago damaged some of the buds, but the surviving blooms were still beautiful and spectacular. 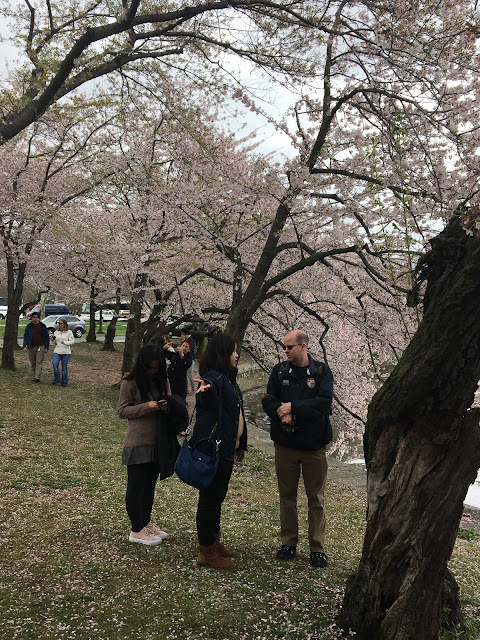 Apart from the Cherry Blossoms, spring also brought the beauty of friendship. I finally met Jo and her daughter Jody. Jo is my Iggy Sister and blogger friend based in the U.A.E. I was so comfortable with her and it felt like we've known each other for so long. Jo, thank you so much for taking the time to come see me. I am so honored to meet you and Jody, and I hope we'll see each other again soon.