I left Pisa at about 4 PM, as I wanted to get to Siena before dark. I was spending the night at a medieval plantation house. From the Siena train station, I took a taxi to my hotel and passed through quaint, sleepy towns.


This is the town entrance where my hotel is located. 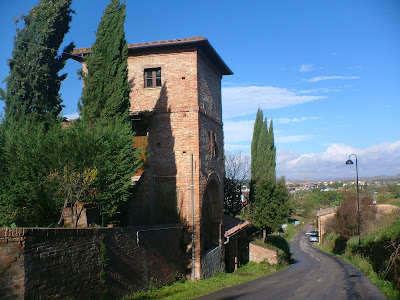 In the evening, I walked around the town and was impressed at how the brick houses were old but still functioning. It's interesting to know that when I spoke to the hotel manager, he said the houses were passed down from generation to generation, so the same family names have resided there for ages. The town's main source of livelihood is winemaking. 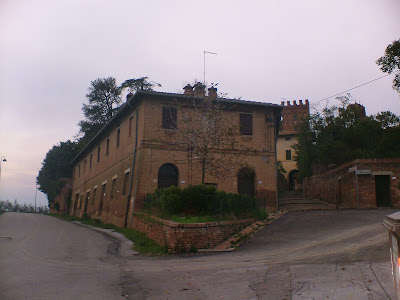 One of the vineyard plantations in the area. This is a common sight in Tuscany. 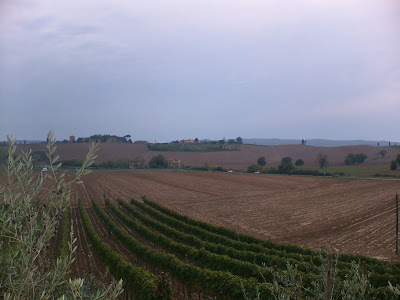 The next day, I took a bus back to Siena. Once I entered Siena, I was greeted by these dark and ancient buildings. I was amazed that people truly live in them. It felt like I walked into a different world, so far and removed from the modernity and world I knew. 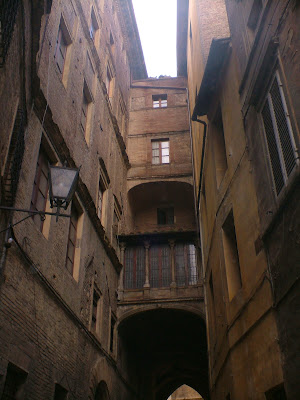 Siena is a walking and friendly city. Here's how the streets look like, and I did took a couple of wrong turns. Getting lost in the town's maze like streets is a great part of the adventure because you get to know the city's secret nooks. 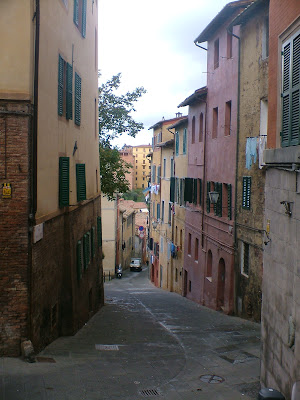 This is the Palazzo Pubblico (Town Hall). They said this is the best place to watch the Palio. (Palio is a horse race held twice each year, in which ten horses and riders, dressed in the appropriate colours, represent ten of the seventeen city wards [Contrade].) I heard that this competition can get very intense. I still have to watch my first Palio. 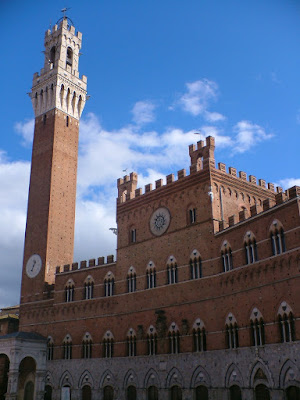 The Piazza del Campo, Siena's central square. It felt like a beach without the sea. I mean, people were sunbathing there. This is a famous place to meet, hang-out, and eat. I mingled with folks there with a plate of Spaghetti Carbonara and a 2 euro soda. The center was declared as a World Heritage Site by UNESCO. 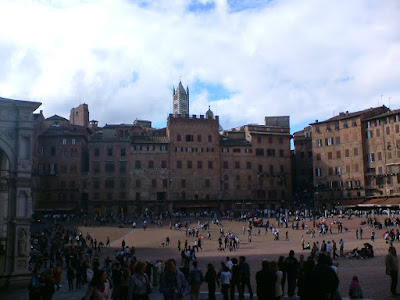 In Italy, a town or city's life revolves around its Duomo (cathedral). This is the Cathedral of Siena. I have no idea about architecture, but my guide book says this is an example of Italian romanesque architecture. The design is truly impressive. 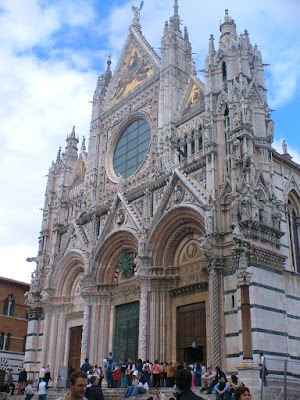 This is a photo I took as I was approaching the Basilica of San Domenico. This church is quite simple and plain compared to the churches I've visited in Italy. What spooked me though, is that inside the cathedral, there's a chapel named after St. Catherine; and in the center, there's an altar housing the saint's head. 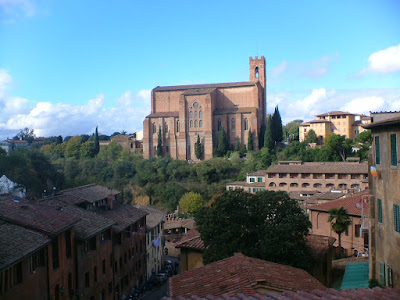 While in Siena, I met a number of Filipinos and it was a delight chatting with them. As we went our separate ways, we exchanged numbers and addresses. One of them, hoping that I'd marry his son in the Philippines. I just laughed and jokingly told her, "I'm not so sure about that." My visit to Siena was made memorable by the rich history of the city and wonderful people I met.

Our next trip will be Rome, The Eternal City.