Before holoholo: My Take on "Tuyo"

While reading everyone's comments on my post about "tuyo," I'd have to agree to some extent that there's some demeaning behavior towards the cooking of "tuyo" and indirectly towards the Filipino couple involved. We also have to take into account that they've been warned several times about breaking apartment rules, but I do know that the Filipino couple were just exercising their freedom to be who they really are - like any other Filipino who loves to eat dried fish. I'd like to believe that the Nuns just couldn't "tolerate" the smell due to numerous frying of the dried fish, but their reasoning that the smell of tuyo is "potentially dangerous to life and health" has no burden of proof. I think they just wanted a reason valid enough to take to court in order to stop this incessant frying of tuyo. Has there been any death cases in the Philippines, where I think people are often exposed to the smell of tuyo and as much eat it, directly related to the deadly tuyo smell? I think our population should be cut in half by now if that's the case. Also, the requested $75,000 for damages is totally ridiculous. We are talking about smell here and not destruction of property. My suggestion, the Filipino couple should put $75,000 worth of coins in a sack, jingle it for the Nuns to hear, and consider the damages paid and the case closed.

As a precaution, people who rent should be wary of housing rules and regulations specially if you live in a country that doesn't rejoice in the heavenly smell of fried tuyo. If you want to live in peace with your tuyo cravings, read the housing rules before you move in, and if there are no prohibitions to cooking smelly food, by all means move in and cook as much tuyo as you want.


**********
In Hawaiian, holoholo means "leisurely travel." So, with that thought, here are some of the photos I took while going holoholo in the island of O'ahu. 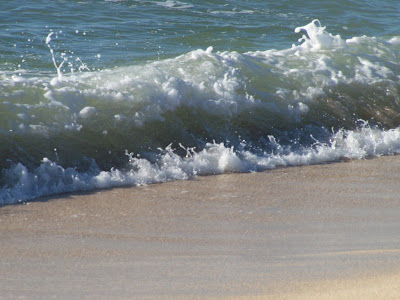 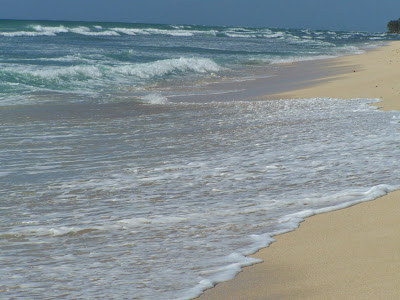 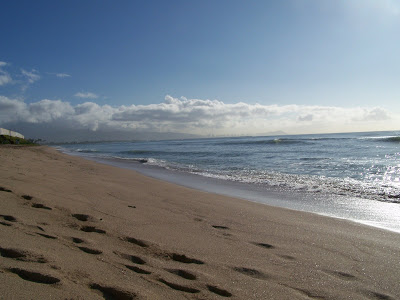 This beach is near my grandma's house, so we usually walk there after lunch or dinner. We like to think it's our private beach, as tourists rarely come here. It's a big contrast from the crowded beaches of Waikiki. I like this beach the way it is and I hope it remains that way. 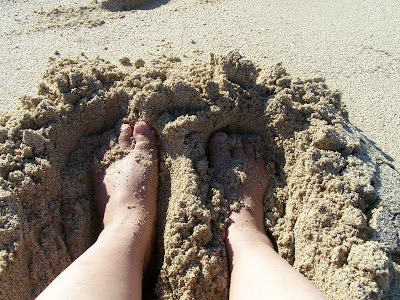 My piggies being buried in the sand. 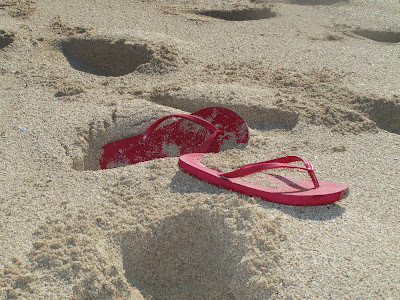 My red slippers, abandoned and waiting. I'm happy walking barefoot at the beach. 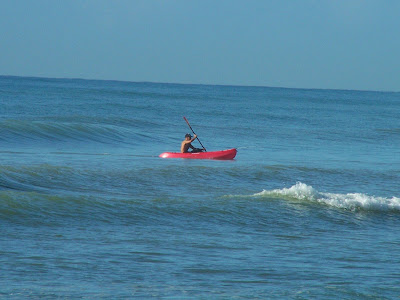 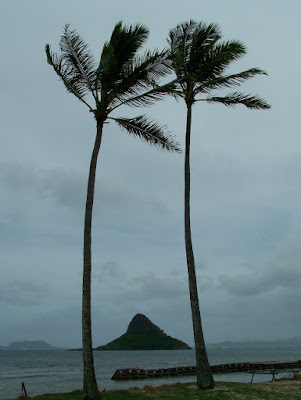 This is exactly where I'd hang my hammock. I think it's the perfect place. It's in the Kualoa Park and perfectly between Mokolii Island (Chinaman's Hat) and the Ko'olau Mountains. 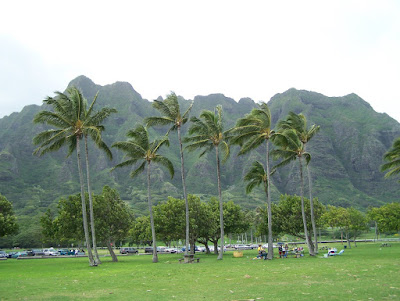 Another side of the Ko'olau Mountains. 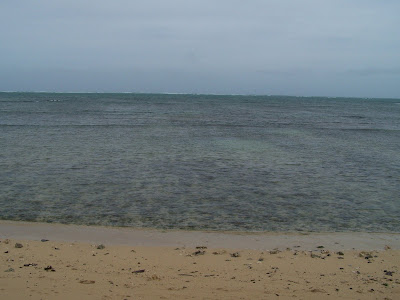 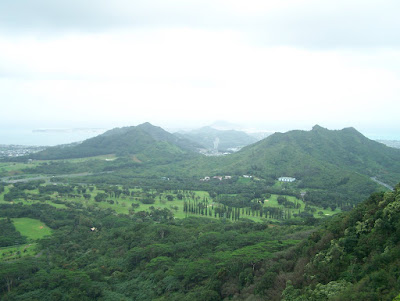 View from the Pali Lookout. 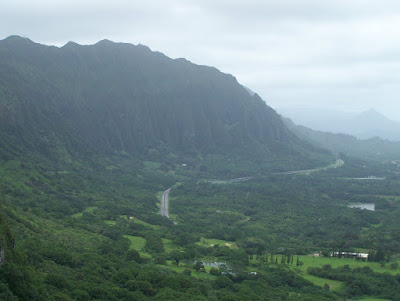 That's the winding road we took to get all the way up to Nuuanu Pali. For a little history from the HawaiiWeb.com, "the Nuuanu Pali Lookout ("Cool Height Cliff") overlooking the 985 foot cliffs of the Ko'olau Mountain Range, is one of the best views on O'ahu. It was here in 1795 that King Kamehameha and his warriors defeated the O'ahu armies by sending them over these steep, forested cliffs and claiming his victory and uniting the Hawaiian Islands. The breathtaking sight and the gruesome history of the battle fought here is enough to cause a chill to run up your spine."